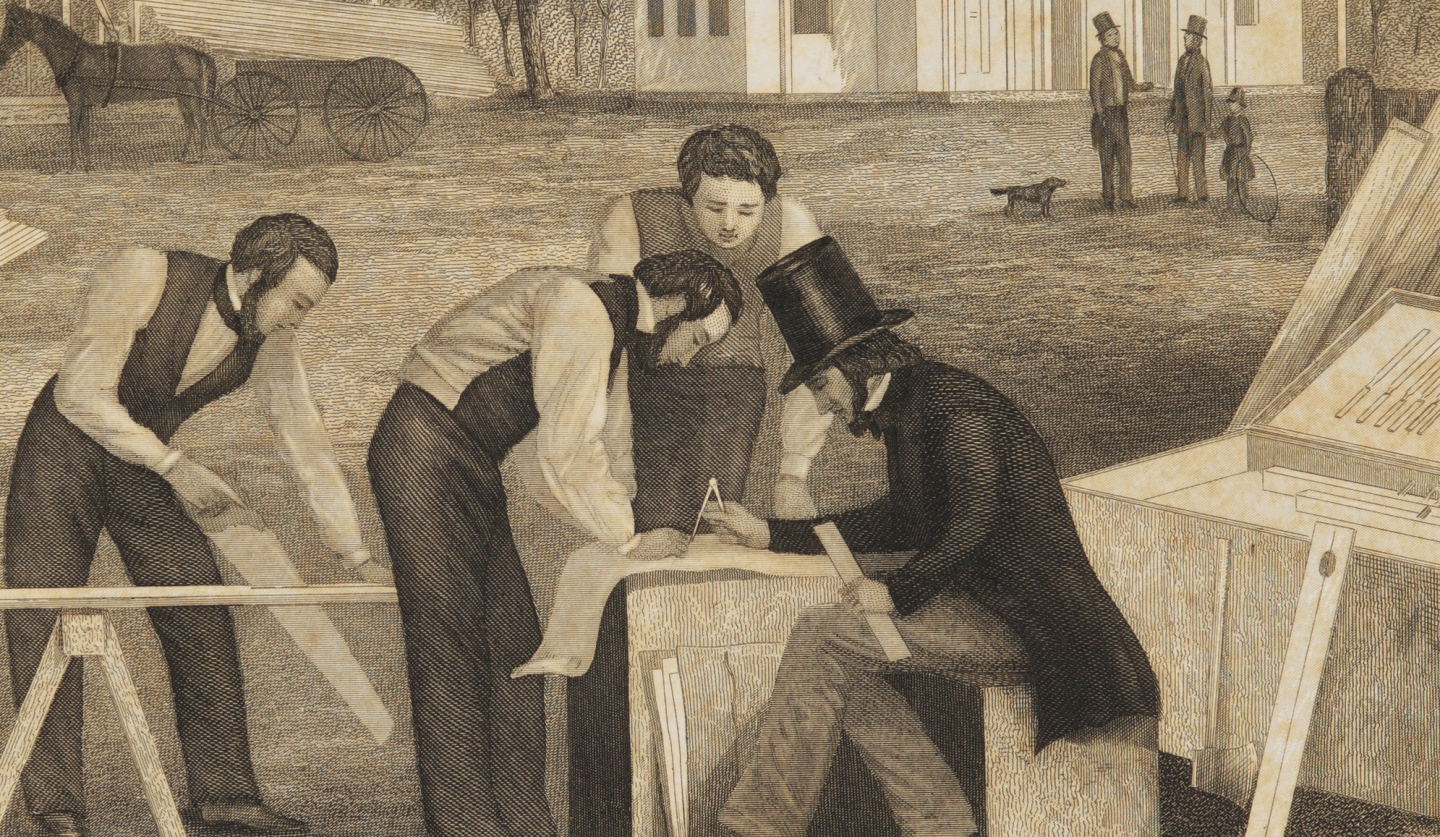 In the early United States, two forms of competition had profound effect on the formation of the architectural profession: the design competition and the competitive bid. Both were causes for complaint amongst architects, yet both only increased in use over the nineteenth century. On the one hand, the competitive bid system, which pitted builders and material suppliers against one another, became one of architects’ primary means for asserting control over the building site. Design competitions, on the other hand, pitted architects against one another under judgment by people architects often felt had no right to be judging them. Why did architects increasingly participate in these systems they often describe as detrimental to their profession? Focusing on several early nineteenth-century projects in Philadelphia and New York, this talk will explore how the development and usage of the contract form shaped and expanded these two modes of competition. I will talk in particular about how the use of contracts and competitions shaped the bourgeoise private-practice system of architectural practice in the early United States and nurtured architects’ conception of their profession as a benevolent, self-sacrificial practice. That is, the contract provided a technical means to simultaneously insert architectural work into market-based competition while also imagining it to be of a nobler, higher order.

Bryan E. Norwood, PhD is an assistant professor at the University of Texas at Austin. His research focuses on architecture and building practices in the United States and Atlantic World in the long 19th century, and his writing has appeared in Perspecta, Places, The Journal of Architectural Education, Log, Platform, Culture Machine, and Harvard Design Magazine. He is working on two book-length projects. The first, entitled Architectural Calling: Protestantism, Nationalism, and Racecraft in the Formation of a US Profession focuses on the Atlantic Coast of the US in the 1830s-60s. The second is a study of architecture’s role in shaping the intersection of industrialization and historical consciousness in the American South between Reconstruction and the New Deal.

The Berlage Sessions, a seven-part seminar series entitled “The Architect’s Manners,” explores the profession through etiquette and manners, the contractual distinction between builder and architect, the graphic conventions of working drawings, architects and their relationship to social media, the stylization of imagery, the masculinity embodied in practice, and other ways “mannerism” is enacted by architects today. This fall speakers will include Mary Woods, Bryan Norwood, Annette Spiro, Floris van der Poel, Stefano Milani, Namelok, and Jacob and Samuel Stewart-Halevy.